In this series of articles, we will explore the advanced topics that will make your game a more enjoyable experience. We will talk about things such as dirty tricks or underhanded tactics but also meta-game elements such as list building. We will try to evaluate certain plays and game-play elements, such as TAGs or HI in the ITS environment.

Infinity is a game of deception on several layers. First and foremost, what personally was a great improvement for me over games such as Warhammer was that Infiltrators who are markers and troops that enter the table via other means, such as Airborne Deployment are considered hidden information, that is, you don’t explain to the enemy that you have them until they enter the table. This is the basic level of deception – you can never be sure how many and what type of aces are waiting in your opponent’s sleeves.

Is that an Igao or a mine I sense?

Playing with camouflage provides another layer. Many camouflage profiles allow for laying down 2 camouflage markers on the table – Minelayers and Ambush Camouflage allow for a considerable expansion of the, so-called, shell game. When placing down a minelayer and his camouflaged mine, remember to place them so that it is not 100% obvious which one is the mine and which one is the trooper. You can achieve that by limiting exposure of both markers, so that the mine covers less area but is hidden from view of some of the tangos. The mine game is especially interesting for minelayers who can start the game in hidden deployment thanks to their Termo-optic camouflage – having an odd number of camouflage tokens will definitely leave your enemies puzzled. An exammple of this strategy could be 2-3 Clipsos minelayers + an Igao or two. If you leave your Igaos in place for at least one turn, the enemy might have a hard time figuring out what is what.

Another layer of deception is provided by Airborne deployment. While it is relatively easy to guard against AD – cover each flank with a model or two, make sure your models have overlapping Lines of Fire and leave no big chunks of the table devoid of friendly vision – it can be a very powerful tool if used against an unexpecting opponent. Veteran players will be able to subconciously count the point values of enemy models and will know that they have to expect either an AD or a TO model, if the values add up, however.

Holoprojector helps in that regard. By using level 1 of the skill and cloaking a cheap troop, such as a Hafza, as an expensive troop like a Jannisairy, the point values in the previous scenario will be less revealing for the TO/AD trooper. The rumoured changes to how Holoprojector works should make it more like a different version of camo – granting the model a version of Surprise Shot – but for the time being, Holoprojector level 1 cloaking is a defensive tool for units such as the Hafza.

The second level of that skill is both offensive and defensive in nature, however. Defensive, because you can provoke and force the enemy to ARO holoechoes instead of the actual model – simply by putting them in his LoF in the first short skill and only entering his LoF with the actual model in the second short skill of the order. You will not shoot yourself with the real model but you will be safe from ARO fire. Offensive, because using the same trick you can change what normally would have been a Face to Face roll into a normal roll – you’d do that by moving both the model and the echoes into LoF of the enemy in the first short skill and betting on the fact that he will guess wrong which of the 3 presented targets is the actual model that will be shooting. If he guesses wrong, you just earned yourself some normal rolls. 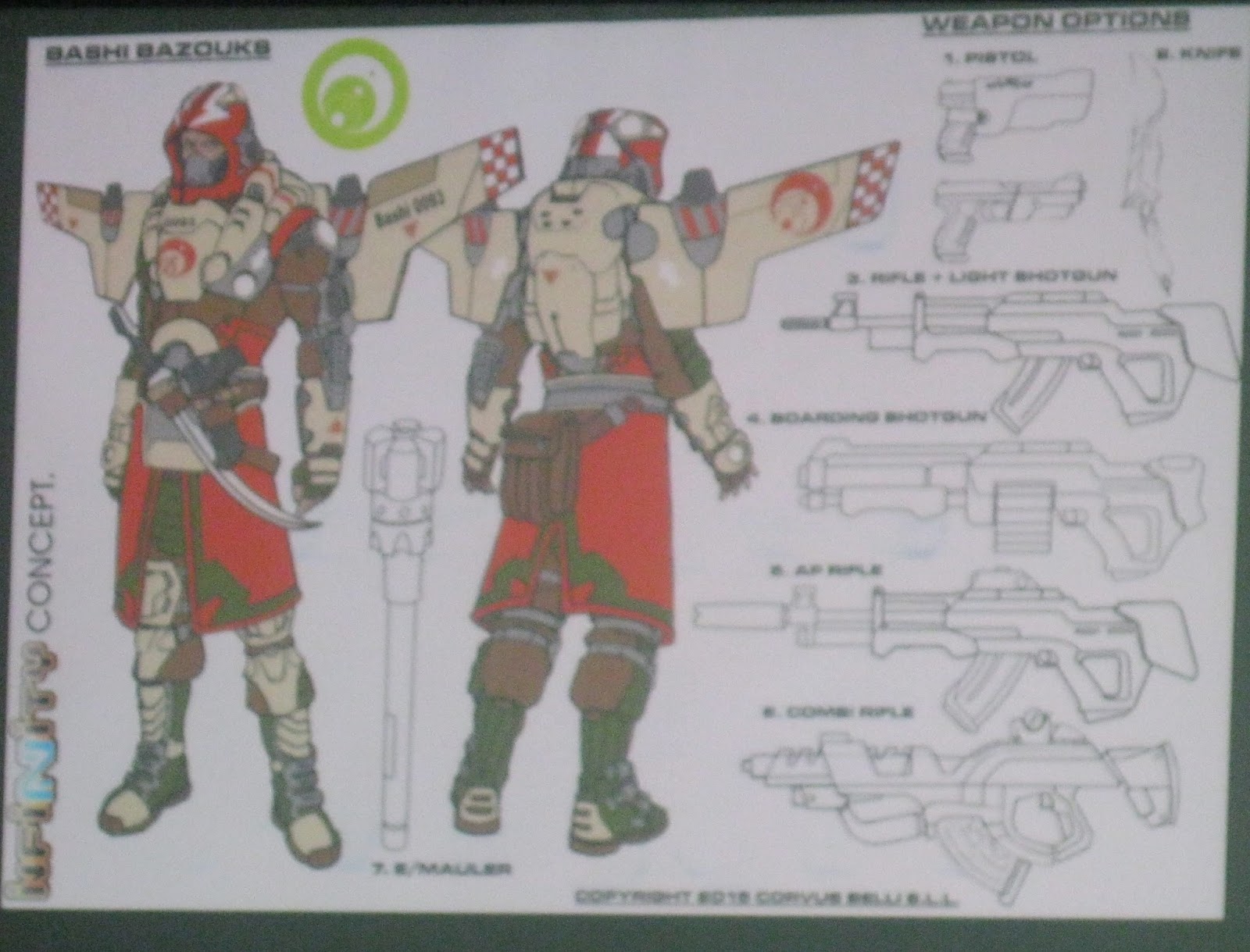 Changes to holoprojector will make these guys very interesting

One more thing that comes to my mind is forcing the opponent into lose-lose scenarios. I can give you three examples – one would be moving into LoF of an enemy model who has Holoprojector level 2 employed with an active model of yours. If the enemy AROs, he will drop the holoprojector and be forced into a F2F. If he ignores the model, you can split your burst and hit each of the holo-echoes in sight. Second example would be when you move into LoF of an enemy model in Suppressive Fire and engage him at more than 24 inches. He either drops his Suppressive Fire and engages you with 1 die or he waits it out wanting to mainain Suppressive Fire. Lose-lose. Third example is to start movement in LoF of an enemy marker and Discover it with the first short skill. If the enemy passes his ARO, you shoot at him with the second short skill, considering you discover him first. If he drops the marker status to ARO, win – you can engage him anyway. Lose-lose for the enemy.

Dodge with some and shoot with some, losing the link but killing the Ghazi? Or Dodge and risk having to do it again if the Ghazi has more orders?

Remember that by appearing weak when you are strong, and strong when you are weak, you will have defeated the enemy. That is the meaning of deception. Tell us what you think about deception in Infinity in the comments below.