Warning these are my opinions on how to play Tohaa, this is based around my play style and local meta (Colorado). We have relatively dense tables, few Tags, lots of camo and no Yu Jing or Pan-O to speak of. I will only talk about models I use.

My personal play style focuses on objectives and not rolling dice. I prefer my models cheap and with template weapons.

My opinion of Tohaa is that they are fast and resilient, but lack firepower and tech.

Speed: Speed has three components: how far your model moves, how many models you move and how many AROs you get to ignore. And lots of links, Zero-V Smoke Grenades and 4-4 HI rocks all of those categories.

Resilience: Symbiont Armor is dirt cheap extra wounds, but some days you face Phoenix and it feels kinda expensive, but most days you don’t. So enjoy the cheap wounds and don’t let the fire special rules impact your decisions too much during play. Just imagine that you have horrible luck on subsequent fire saves after failing the first.

Firepower: Your current best option is some STR 14 Fire, STR 13 Viral and STR 15 Normal ammunition. This blows. There’s no other way around it, so bring a lot of viral rifles, snipers, heavy flamers and swarm grenades. You do have a good mix of ranges between the HMG / sniper rifle and the viral rifle / spitfire and then lots and lots of heavy flamers.

Tech: no hacking devices, no minesweepers. You don’t have them so life is easy; lots of decisions you don’t need to make.

Fireteams: I run three, and two have a specialist Kumotail, Keesan and one has some snipers to pin down roofs. The two forward teams have Zero-V, and one heavy weapon to round them out. And yes this leaves a lot of points, and that is fine because your unlinkable stuff is kinda sexy. I run fire teams forward but they are specialist delivery mechanisms. After that I sometimes just leave the remnants as an order sink for my opponents.

Please remember, this is intended for ITS tournament play and in no way is a substitute for read the missions, creating a plan and building a list. Those are things that you’ll need to do on your own according to your preferences.

If you are reading this and want to start to play ITS with Tohaa, get a starter, a Kumotail and Chacksas and play. After that please proxy before you buy.

The following is a breakdown of what I use as my key units in ITS 2014.

Servants are awesome no matter the faction. In Tohaa they are even better as they could be holoprojected spec ops. I bring these to complete secret objectives, trigger crazy koalas, or ferry items like beacon tokens. Just get a beacon marker; on your next order, move 4” hand of beacon to g:sync servant, the servant moves 4”. This is the cheapest unit you have so they are a must in some missions like beacon race and supplies.

Five point specialist, this guy goes into combat group two and sits on antennas waiting for her head to be blown off. One of the best ITS models period. I play this as a plan B. It is not my primary specialist but a great backup one.

Another amazing ITS model, Tohaa is the only faction that can field 4 baggage bots and this is awesome to abuse on Quadrant Control and Frontline, though it does not work in annihilation. They also counter Shasvastii rule due to sensor, shock melee and a speculative template weapon. Just an amazing unit.

I don’t like this unit, but I bring it when I want my opponent to focus on something.

Great order generator and you might need to hide your Lt. Always good to bring one and hide the hell out of it. Sometimes an opponent will go for it and it sucks a bunch of orders. On occasion you probably should make this your Lt. to keep the illusion alive.

Losing control of the roofs loses you games, so a link of 2 snipers is an amazing deterrent. You park them on a roof so they can see as much as possible. Yes they will die, but again if you play ITS then it does not matter unless it puts you into retreat . That is why these guys are usually in a second group so my main group is still 10 orders on my turn (assuming they died).

This is awesome because if you are fighting for a known point this will block Forward observer, and hacking in the area. Plus, on occasion it gives you an out versus sepsitor. This is your only defense versus the ariadna “guided” weapons since hackers don’t work.

Efficient Lt. option, has swarm grenades, and one of the hardest hitting Tohaa models. Amazing bang for the buck as well. This makes a good heavy weapons model for a link team.

Good specialist, and a number one choice for me. It fulfills three possible secret objectives and has servants. Still 4-4 as compared to the faster doctor/engineers, but the linkability effectively makes her faster in the end.

Broken as hell amazing specialist, regeneration, sensor, hacking device, k1 ammo. #2 specialist. but I have to admit that this model can become a crutch very quickly.

Great specialist, one of the few multi-wound ones and likely the only one that has something that makes him faster, as combat jump allows him to deploy where you need him to. Oh and D charges; a solid number four specialist.

My preferred Lt. Hard hitting and survivable, shock weapon versus Shasvastii, and poison versus the Haqq impersonators.

The hardest hitting model in Tohaa. It’s great against Tags or link teams. His increased range, Burst 5, high BS and 3 wounds makes this Tag worthy in my opinion, and in general I’d play it like a Tag.

Amazing versus fire teams. Just use hidden deployment and place it in the path of a link team. Then when the time is right, you wait for them to declare a Move + Shoot (yes they only declared the move bit but the shoot tends to be apparent) and toss a swarm grenade in ARO just to maximize ARO’s.

If your opponent gives you the option you can throw it on a double move. This is only possible if on the second part of the move a model becomes a legal target that was not legal on the first part of the move. This model then has to be the target, and then you check the forums to see if any model in the AOE is affected or any model who was in the AOE at any point during the turn.

This model can inflict a few casualties and then pin the team down as more orders mean more casualties.

Now there are many more troop options, and some I’ve tried but they either did not work with my play style or in my local meta. So don’t take the lack of listing as them being crap, it just means I don’t play them and might not have tried them.

Thanks for reading and good luck in your ITS ventures (and against Phoenix).

Bas Hamer is a member of the Krug: an Infinity podcast and an expert in sounding authoritative on things he knows jack shit about. Mostly known for playing experimental lists in the local meta, he routinely places first or last. His Tohaa on the other hand places uncharacteristically consistent and performed decently at GenCon 2013 and won Rumble on Route 66 2014. 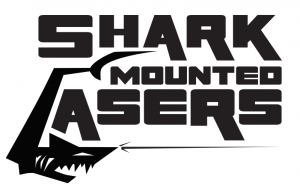