Beasts of War and N3

Beasts of War‘s Infinity week has started, and Data Sphere will keep you all up to date with the news.

Hacking receives a major overhaul. Where in 2nd edition hacking was an odd-duck, having strange mechanics and explanations, it now stays more in tune with the core mechanics of attacking. Also, there is a chart!

BTS stats will work as an ARM for Hacking, and all the rolls will be made on those stats.

N3 will use four Hacker Devices

Each of these devices gives you access to certain Programs, which will function a bit like weapons. These Programs have many uses; aggressive, support, defensive, and they will follow the same mechanics as the fire arms. 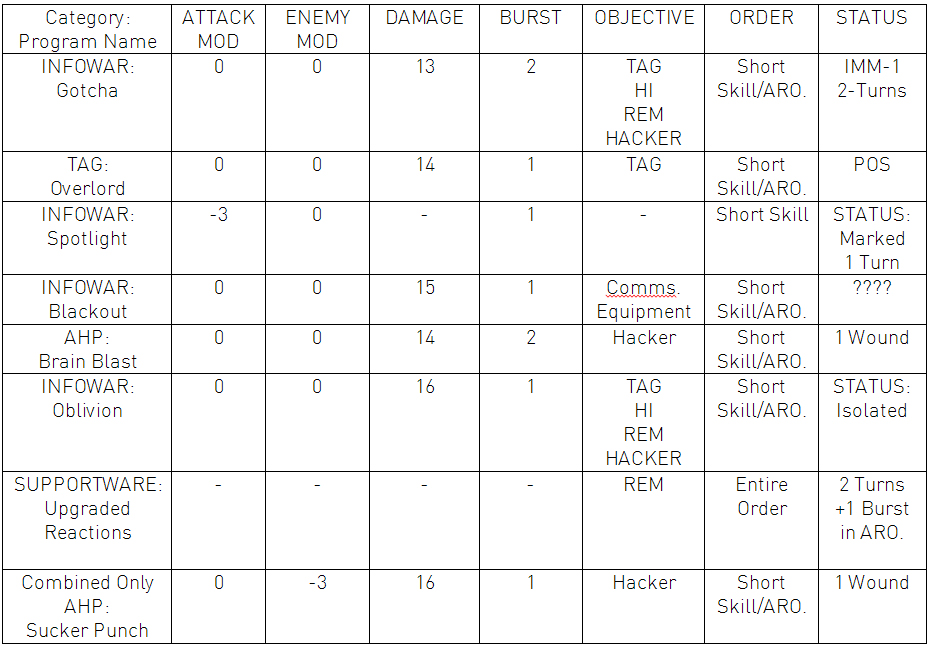 The chart shows a couple of Programs for Hacking in N3.  The stats of the programs follow the same mechanics as firefights, and it speaks for itself what is happening here.

We can see Anti-Hacker Programs, TAG and Infowar Programs and even a Support Program. Looks like hacking will become an extremely useful thing in N3. The programs cause wounds, add +1 Burst to Remotes, Immobilize targets for 1 or 2 turns, Mark a Target (adding +3 to every unit that attacks it), causes the new Isolated State or disable enemy repeaters. That’s a lot of tricks in that bag!

Considering that this chart is just the tip of the iceberg, we can expect some seriously cool stuff once we get access to the full rules of N3.

It also looks like a HI army becomes a more valuable option in N3, as these mechanics of hacking received a tremendous overhaul.

Lots of changes to Ammo and Weapon types!

New ammunition types, changes to existing ones. N3 proves to be more than just a retranslation. 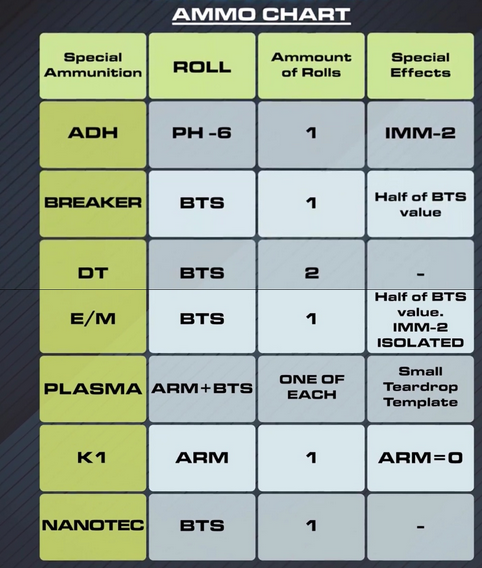 Suppression Fire gets a big change. No longer does it function as a corridor, that allows the full burst and uses the range of the weapon you’re using. In N3, Suppression Fire will have its own particular range band and a set burst. It will also function in 180 degree arc, and not just a corridor. Big changes for sure, but still very useful in dense tables.

I’ll cover just some of the major changes, as there are multiple.

N3 focusses on creating a niche for every weapon. No longer is the Heavy Machine Gun the best weapon for almost every situation. It now covers a particular range, and other weapons can be used for other ranges; Spitfires, (Combi) Rifles, even Pistols become more valuable.

The Missile Launcher will have two modes: a Terminal Template (see Templates) and an anti-tank function, allowing you to use the missile without getting your own allies in the blast radius. It also allows you to blow up walls.

Lots of weapons have the DA ammunition option, like the HMC, Multi Rifle and Multi Sniper Rifle, in a Anti-Material mode

Note: the charts are not complete, so some info is missing. 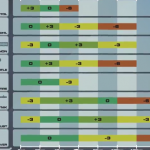 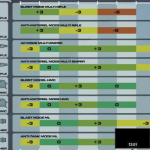 For those that have been following the news on N3 closely, this holds nothing new. For those that didn’t follow closely; here it is!

In 2nd Edition, Close Combat was a weak choice; very risky and not really rewarding. In N3, Close Combat will still be risky, but it will be high reward. I must admit, I haven’t had much experience with Close Combat myself, and so am not entirely up to date with the current rules and what exactly changes.

N3 is all about charts. And so is Close Combat. Martial Art will have modifiers, on your CC value, the enemy’s, the Damage and even the Burst. Sounds like Ninjas, Oniwabans and other Close-Combat Specialists will become more valuable in N3! JSA players will eat their hearts out!

The modifiers of Martial Art levels are NOT stackable. Bostria mentions how TAGs are vulnerable to some types of Close Combat.

Assault will allow the model to charge an enemy model as long as it has Line of Sight to the enemy and can make the charge. It allows the unit to make a Move–Move + CC attack.
The Berserk Skill has Assault included.

Templates will be back in N3. Not only will the circular 8-pointed template be replaced by the 10-pointed template similar to the one in Operation: Icestorm, but the mechanics on which they work will also change!

Templates will be categorized in two types

Due to their destructive nature (explosions, burning dripping fuel), these templates will negate partial cover. This makes for a very realistic approach. If you are caught in the blast radius of an explosion, there is no doubt your body will get damaged. A waist-high wall won’t do much to help you with that.

Templates will always be placed on the table. The difference between Direct Templates and Terminal Templates is the rolls players need to do for them.

Each Template will have a Blast Focus, which will function as a point of origin for the Template. If the Blast Focus can’t establish a Line of Fire with a model inside the template, the model is safe and can’t be hit. 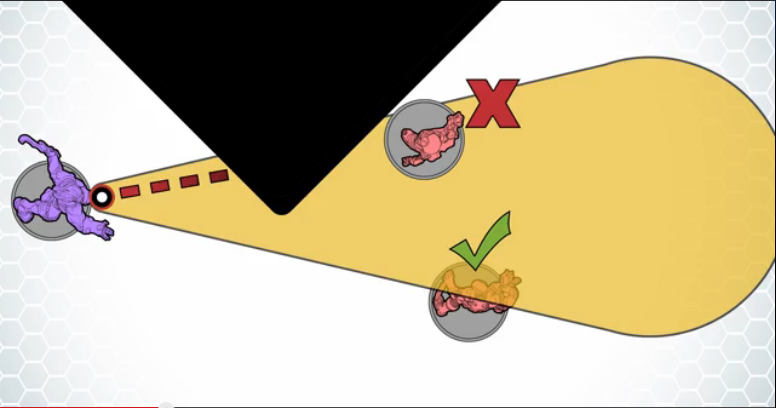 No Line of Fire from Blast Focus, the model behind the wall is safe.

We’ve already encountered the Silhouettes in Operation Icestorm. There they are mainly used to resolve Line of Fire issues. With Templates, they’ll have another function; the Blast Focus can be put anywhere within the Silhouette. In other words, a template can originate from any point in the Silhouette. So your model can shoot upwards from his base up, or downwards from the left top of the Silhouette, and maybe even ‘over a wall’. 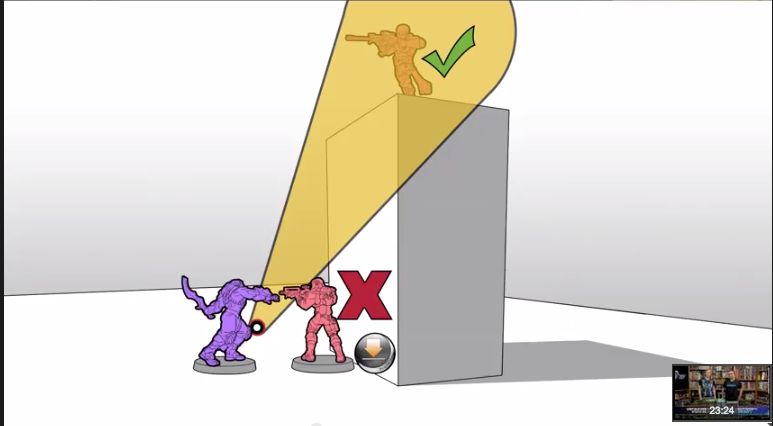 Shooting from the hip: the prone model on the ground isn’t hit, but the sniper on the roof get’s the full blast.

Our first rule video shows Command Tokens. This is a new mechanic in N3 and it looks like a whole new set of bookkeeping next to the orders. But it actually looks to become something pretty easy.

Each player will have 4 Command tokens to his disposal during the game (they will NOT respawn each turn) and they can be used for a lot of  things.

Bostria mentioned Sun Tze to have a special rule that will allow the player to have an extra Command Token.

There has been a rumour about hackers being able to steal or let the opponent lose his Command Tokens. This could be due to the hacker-programs that we’ll probably see later on this Infinity week.

It already shows that we can expect a lot more tactical choices to be made in N3.

Retreat and Loss of Lieutenant

N3 will be a big difference on both these mechanics. Where 2nd Edition caused your army to pass this retreat threshold at 60% of your points, N3 pushes this threshold to 75%! That’s already a big difference. Bostria even mentioned this effect didn’t really happened in their test-runs in the usual 3 turns missions.

Bostria mentioned another system that effects Loss of Lieutenant and Retreat. Bostria showed this chart: 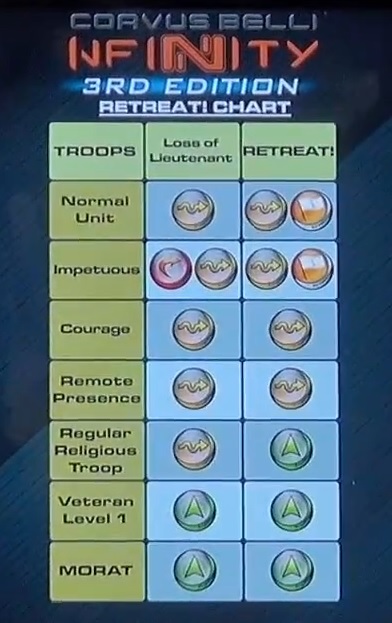 That’s it for now! We’ll keep you all posted on the news! 😉